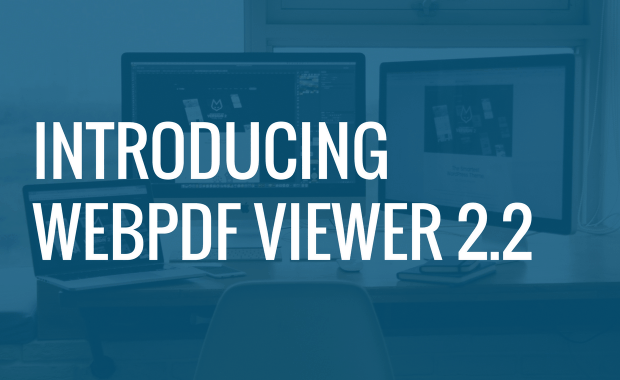 We are proud to announce the release of a new version of WebPDF Viewer. In 2.2 we continued to enhance server-side rendering with tiled rendering, which enables the Viewer to download only the tiled version of the image in order to optimize bandwidth and memory usage for a better user experience. See below:

2.2 also includes Offline mode support for cached files and an API that allows developers to manage (export and import) annotation data in FDF/XFDF format in order to allow multiple users to annotate the same file. That way, users will be able to see each other’s annotations and collaborate. See below:

Finally, we also added improvements to JavaScript support for PDF Forms. We reconstructed the implementation, removing redundancies, optimizing the model and improving functionality. A set of interfaces that allow the developer to export form data as XML and storage into their own server were also included.